I took a  break from walking beaches to take part in this year’s grape harvest. A Winzermeister from a nearby town invited me to help and I thought a little manual labour would do me no harm.

Before sunrise each morning I cycled out-of-town to work in the Kaiserstuhl hills. I was usually half-asleep and going against the heavy flow of traffic, the peletons of half-awake teenagers who filled the cycle path in the half-light as they headed to school in Breisach. There were daily near misses and a cultural exchange of creative swear words  in English and German on the hidden bends in and out of the graffiti decorated underpass.

I find it difficult to swear convincingly in German, and the effect is often lost when my poor pronunciation means I get a response, usually in perfect English along the lines of, “Why do you want to give me a screwdriver?”

Most swearing in German is based on “Scheisse!”as opposed to the F-word favourite of English speakers. I have yet to discover any phrases as inventive as those deployed by the Irish or Scottish or as flexible as the marvellous middle of word swearing in the “”abso-bloody-lutely, in-bloody-credible” Australian language.

The south Rhine valley is invariably calm and the morning mists on the Kaiserstuhl hills lift only slowly to reveal in the east the tops of the Black Forest, in the west the long line of the Vosges mountains.

The weather and the boss were both kind and fair, the company good and though we started at dawn and the work was fast-paced the days were never too long.

At 11.00 we had a schnapps distilled on the farm and at lunchtime we gladly dropped the buckets and returned to the barn to find lunch on the table. 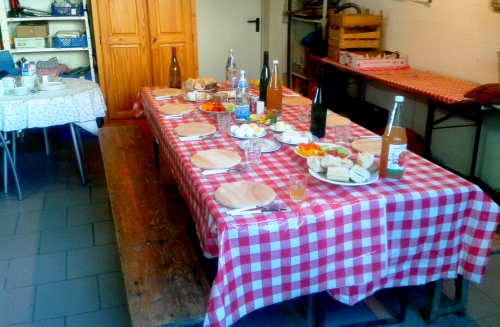 Before the meal the boss said grace, the first time I had heard these words since my last school dinner. He provided cheeses, sausages, vegetables from the farm and baguettes smuggled across the river from Alsace, and wine of course.

On the first day I learned to respect the sharp pruning shears after removing a few pieces of my flesh but I managed to reach the end of the harvest with fingers intact. 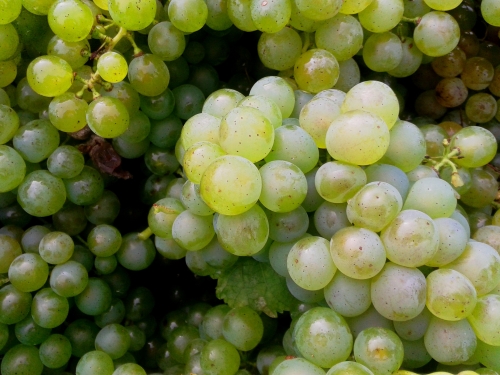 I was always grateful the evening rides home were downhill allowing me to enjoy the wood-smoke incense of the last days of autumn.

There were generous, friendly and well-meaning attempts to educate me but I have to confess I still don’t know my pinot blanc from my chardonnay. I have a very uneducated Manx palate brought up on Dandelion and Burdock and Vimto. 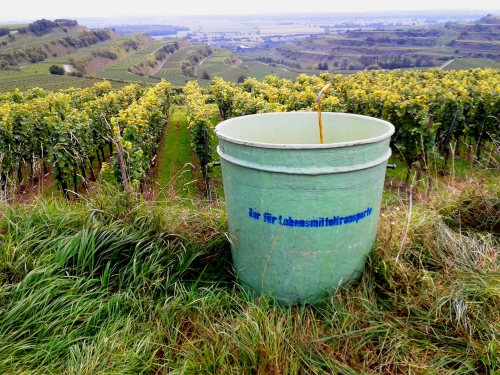 Grape picking is not easy on the back. More than once I needed to unlock the medicine cabinet in the evening. I may not know my wines but when the nun on evening duty poured my medicinal nightcap thimble in the kitchen downstairs, even though I was comfortably settled with my Winnie the Pooh hot water bottle in the four-poster in the east wing, I could still pick up the nose of the fine single malt as easily as Father Jack ever did,